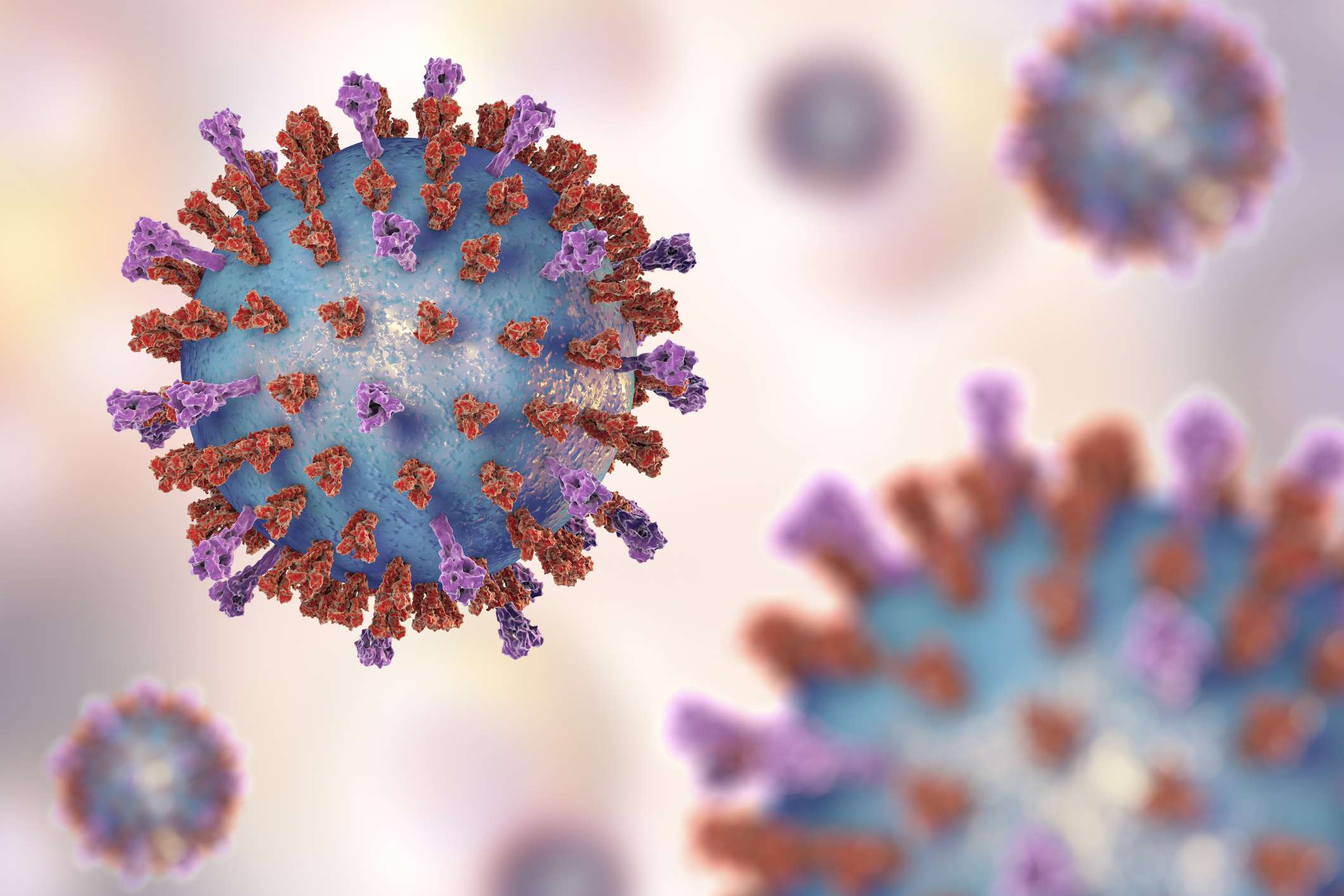 Our U.S. manufacturer advised us to expect production delays for the next 6 – 8 weeks. This may temporarily affect future inventory of medical forms, envelopes, sign-in sheets and office supplies. We have limited products in stock now, ready to ship while supplies last. We will keep you informed of the situation. Thank you for your business! 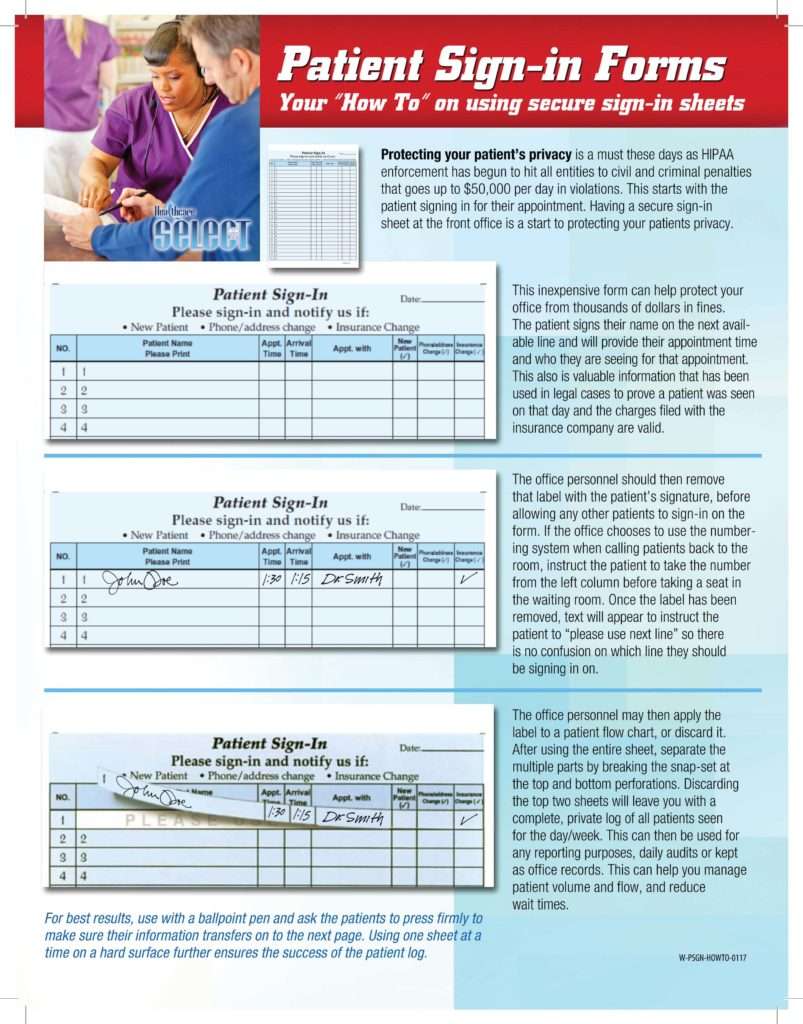 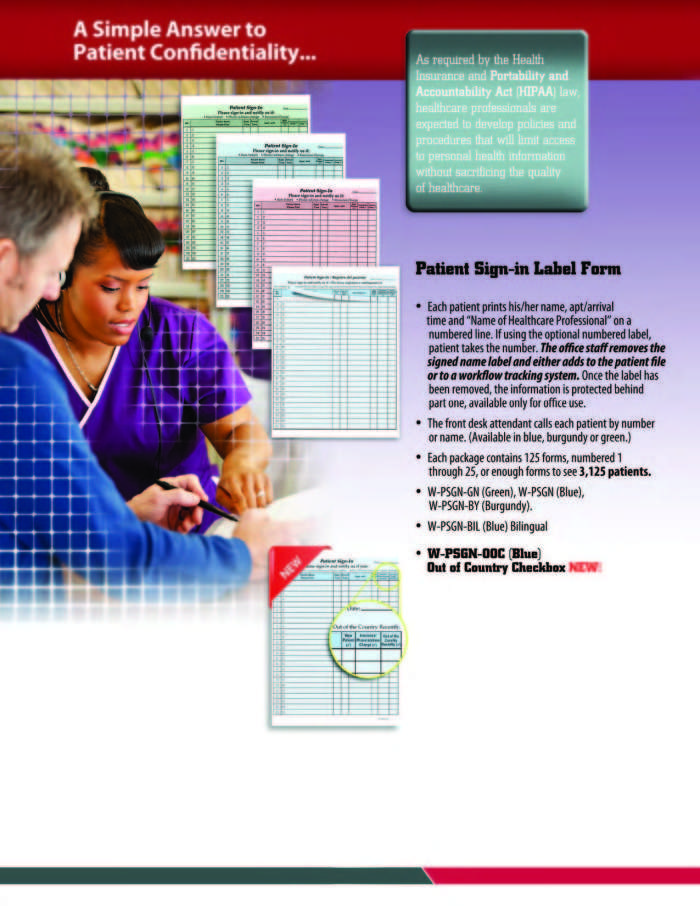 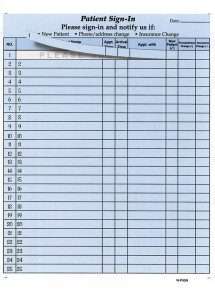 While the patient sign-in sheet is used at the front desks of most clinicians’ offices, many doctors do not have a clear understanding of its legal importance. Contrary to what the lay public may believe, it is not just used to track a patient’s arrival.

The patient sign-in sheet protects the doctor. This important document proves the patient was in the office on a particular date. This is necessary to avoid any question of fraud from insurance companies, including Medicare and state programs, such as Medicaid. Also, a disgruntled patient may claim that he was billed for services rendered on a day he was not in the doctor’s office. A report to a disciplinary board because of such a claim can cause incredible problems.

Proof of the patient’s presence cannot be achieved by any other method that is as simple and low-cost. Office notes, an appointment book with check marks next to a name, or even a signed patient’s receipt, are not considered adequate proof, since they can be easily falsified. A sign-in sheet, on the other hand, preserves that patient’s handwritten verification and the date of the office visit. To protect the clinician, the patient’s signature must appear on a sheet with several other patients’ signatures bearing the same date.

The HIPAA Privacy Rule (see 45 CFR 164.502(a)(1)(III) explicitly permits the incidental disclosures that may result from the check-in process, for example, when other patients in a waiting room hear the identity of the person whose name is called. However, these incidental disclosures are permitted only when the covered entity has implemented reasonable safeguards and the minimum necessary standard, where appropriate.

Based on recent guidance issued by the US Department of Health and Human Services, in response to inquiries from clinicians and their attorney’s, the sign-in sheet must not contain any information not absolutely necessary for the sole purpose of signing in a patient. Furthermore, despite the use of large black markers, sign in sheets can still be read as the pen impression made on the form is not obscured with the marker ink. As such, the common act of crossing out the names and leaving the day’s form in plain view of other patients of office visitors can present a compliance issue and would subject the practice to possible audits and fines by both federal and state regulators if a patient compliant is registered.

While sign-in sheets are an important part of office documentation, it should seem obvious in light of this guidance that displaying the day’s patient list is a clear violation of a patient’s privacy and confidentiality. In addition, many patients are uncomfortable signing an open sign-in sheet given the current risk in identity theft and privacy concerns.

The clinician faces a dilemma: You need the sign-in sheet to protect your practice, but an open patient sign-in sheet, where patients’ names can be viewed by all, violates patient confidentiality and privacy laws.

Confidential Patient Sign-In Systems such as those available from your local medical printing companies (see example above) solve this problem and comply with the states privacy laws and the HIPAA Privacy Rule. Best of all, on the peel-off sheets, the patient’s data is never left exposed for unauthorized viewing and a carbonless hard copy in the patients handwriting is created below the labels (out of the patients sight) that can be detached filed away at the end of the day for your records.

Try erasing your black marker to expose the names when an audit comes up…They call them permanent for a reason!

Sometimes paper billing requires proper documentation to be mailed with the claim form.

A clean claim is one that is accurately completed in accordance with the insurance companies and federal government’s billing guidelines. Since billers are the last hands that touch a medical claim, they are responsible for making sure that it goes out clean. Submitting a clean claim is the only way to guarantee correct payment the first time.

Medical office managers can do their part in making the billers job a little easier in several ways.

You have heard it many times from salesmen and probably even said yourself, “We are going paperless!” But are you really? Those savvy salesmen made it sound like you would be saving the environment and your wallet by switching to an Electronic Health Record (EHR) system.  In some instances you may actually use more paper.

Copier companies who service and sell medical office machines have seen increased revenues when doctors make the switch.  With over 50 popular EHR software systems out there the odds of another office having the same system is slim.  The best way to have another doctor review something is to print it.  Laser printers continually run in the background as reports, prescriptions, back-up copies, file transfers and other things are printed.

It is true that eventually you won’t have to use charts but many offices still keep them around.  Offices that have been accustomed to using charts in the past are reluctant to completely stop using them.  Over half of the doctors who switch to EHR still use charts until they are satisfied the new system fills the needs of the office.  Some offices even use both systems in a form of redundancy to ensure no mistakes are made.  Other offices have made the major investment to put the system in place and be compliant only to go back to the way that works best for them.

Most doctors would rather interview the patient their way instead of filling in the boxes that the software system dictates.  This allows them to focus on the patient instead of the computer screen.  The resulting interaction results in old fashioned paper notes being taken and then transferred into the system afterwards.  What do you think the doctors do with their notes?  You guessed it, put it in a chart because it is easier than scanning it.  Other items go back into the chart as well…outside labs, referring doctors, and other services that arrive in a hard copy format make it back to a chart.  The only way to get these items into a system is to spend valuable time and resources to scan or re-enter the information.  That is why in so many electronic patient files you see the message “Refer to Paper Chart”.

There is also the inevitable fear of the computer system going down.  How many times have you had to reboot your computer system and reconnect all the devices on the network?  Hopefully you are able to fix it quickly without having to call in your IT personnel.  The problem is that even a quick fix cause delays in a busy day of scheduling patients.  You can’t just send your sick patients home because your system isn’t working properly…you have to go back to the old tried and true method of paper.  Keeping enough supplies of the old system around ensures your ability to have a back-up system when all else fails.

Don’t Fire Your Printing Company – The EHR system only streamlines the health records in your practice, it does not stop the other paperwork in the office.  You are still going to be calling your local printer for a vast array of items.  The forms that have made your office run efficiently will still need to be ordered.  There still are going to be letters sent out on your company’s letterhead and put into an envelope.  Business cards are still needed for you to interact with others. Thank you cards should be used for referrals, and so on.

Paper products will still be used for your accounting services as well.  A printer who specializes in medical items will be your best resource for checks, specialty billing and insurance forms, invoices and other items needed for proper accounting and billing.  Even if your EHR system has billing features included special supplied laser forms may be required for the system to print on.

Patients Need Paper Products – Try sending your patient home after having a procedure done with a disk that has electronic follow up instructions on it…It just won’t work.  You are going to have to send them home with paper work.  Doctors who do routine procedures have preprinted instruction sheets ready for their patients to take with them.  This saves precious time and resources by not having to wait in line for the laser printer to print.

When the patient needs to get a prescription filled this typically is on paper as well.  While some EHR systems are set up to send an electronic prescription to the pharmacist, you would have to know to which pharmacy to send it and if they are capable of receiving it electronically.  Most doctors just use the old reliable paper prescription and let the patient decide where they want to have it filled.  The State of Florida requires that controlled substances, Medicaid and certain prescriptions be written on tamper proof prescriptions provided by a state approved printer.  Again, this is where it is good to have a printer who specializes in medical printing needs. They can answer all the questions about prescriptions and even provide approved laser sheets on which your system can print.

Patients also need HIPPA compliant sign-in sheets, appointment cards and like brochures or other printed materials that explain other services your office has to offer.

So, next time someone says, “We are going paperless” just imagine how your office would run without it.  And for that misnomer about being environmentally friendly by not using paper just think about this for a minute.  Paper is not made from knocking down trees in rain forests; the trees from where we get our paper are grown by American farmers in crops just like wheat and corn. Paper is typically made from the discarded parts of the tree that can’t be used for building products.  Paper is the only thing that your office uses that is truly biodegradable…the same can’t be said for the computers and disks that hold the electronic data.

Chuck Wright is the owner of the printing companies TWIhealthcare.com, TWI Services, Inc and the president of the information group, Medical Office Resources of Florida, LLP.  He can be reached at Chuck@TWIservices.com.

Are you using the correct form when submitting your claims?  This seems simple, but can be more complex than you think. Here is a breakdown of the type of claims and which form is appropriate:

This is the red-ink on white paper standard claim form used by physicians and suppliers for claim billing. Any non-institutional provider and supplier can use the CMS-1500 for billing medical claims. 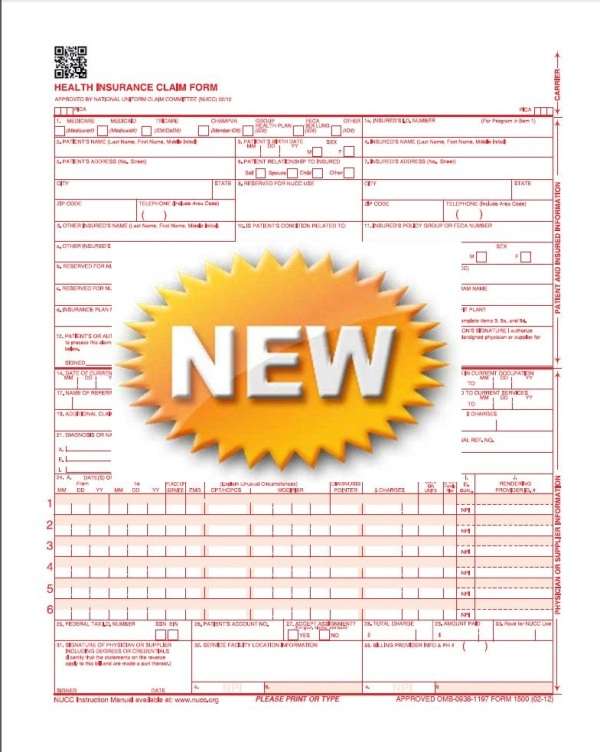 Chicago, IL – The NUCC is pleased to announce the approval of the timeline for transitioning to the version 02/12 1500 Health Insurance Claim Form (1500 Claim Form).  In June, the NUCC announced the approval of the updated 1500 Claim Form that accommodates reporting needs for ICD-10 and aligns with requirements in the Accredited Standards Committee X12 (ASC X12) Health Care Claim: Professional (837P) Version 5010 Technical Report Type 3.

The NUCC approved the following transition timeline at its in-person meeting in Chicago, IL on August 1, 2013.

For more information on the 1500 Claim Form, visit the NUCC website, www.nucc.org or email info@nucc.org.

We have new CMS 1500 Claim forms in stock and ready to ship. Visit www.health-forms.com or call us toll free at 800-869-6590 with any questions or to place an order. Thank you for your business!